Eric Wallace from  Maple Grove, Minnesota makes decoys that are making a name for him in the fish decoy carving world. He is winning so many awards and when you see his fish you will know why. Eric works in Excellence of the decoy and knows how to bring the best out of a piece of wood. He put his college on hold to see if he can make a living  from his carvings.  He attended North Hennepin Community College for an education in fine arts. He has truly achieved that fine arts achievement. Just by looking at his continuous wins and fish you will know one of his works needs to be in your personal collection. He has been written up n the Pioneer Press by Dave Orrick and the Channel 12 News and others. He was the 2015-2016 National Fish Decoy Association (NFDA) World Points Champion. 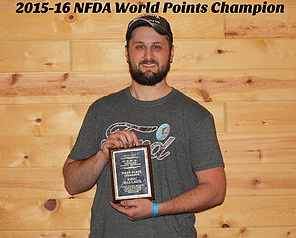 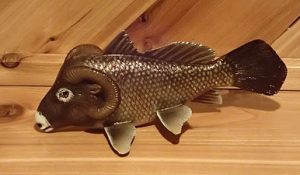 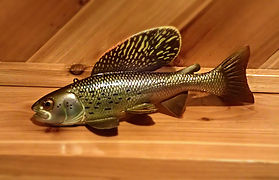 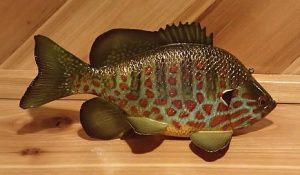