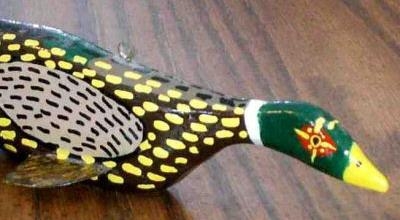 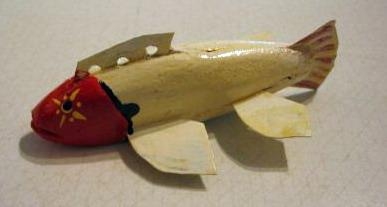 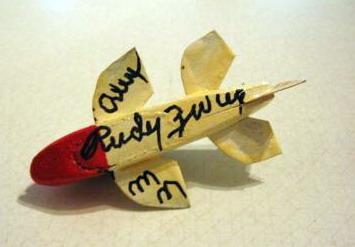 Rudy Zwieg resides in Alexandria, Minnesota He was born in 1917 and was inducted into the fish decoy carvers  Les Kouba Hall of Fame in 2003.  He has been carving fish decoys since 1944 and does quite a variety including critters. He paints with oils  and he has a special trademark in the star burst or “Stary Eyes” around the eyes. Some of Rudy’s decoys are on display in the Smithsonian Institute in Washington D.C. He is a member of the National Fish Decoy Association NFDA.
Rudy passed away in 2008 and he will be missed by us and by those that never had a chance to meet him at the shows.

Info on the decoys above:
7″ Mallard Duck, Pained eyes –

Only 3″ long – Rudy normally does not make them this small