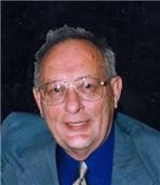 It saddens me to report one more old time carver that has passed on.

Obituary:
Memorial services will be 11:00am Monday, August 8, 2011 at Williams Dingmann Family Funeral Home in Sauk Rapids for Marvin Przyborowski, age 72, who passed away on Thursday at St. Josephs Hospital in St. Paul. Rev. Ronald Weyrens will officiate and inurnment will be at Trinity Lutheran Cemetery in Sauk Rapids. Friends and relatives may gather one hour prior to services at the funeral home in Sauk Rapids. Marvin was born in Sauk Rapids on August 12, 1938 to Herman and Ann (Yozamp) Przyborowski. He served his country in the United States Marine Corps. Marvin was united in marriage to Mary Gorecki on June 10, 1961 at Sacred Heart Catholic Church. Marvin was the owner/operator of Indian Bicycle Shop in Sauk Rapids for 25 years, retiring in 1997. He was a member of the American Legion Sauk Rapids Post #254, Sauk Rapids 40 & 8, Sauk Rapids Sportsman Club and the Sauk Rapids Park Board. Marvin was an early promoter and coach of Youth Hockey in Sauk Rapids. He enjoyed hunting, fishing, being outside, working on various projects such as creating fishing decoys, and woodworking and most of all spending time with family. Marvin is survived by his wife of 50 years, Mary; children, Melvin Przyborowski of St. Joseph, Mary Beth (Rodney) Mrozek of St. Cloud, Mona Przyborowski of Rosemount; sister, Eileen Ruff of Edina; seven grandchildren and three great grandchildren. Marvin was preceded in death by his parents; and brother Melvin.