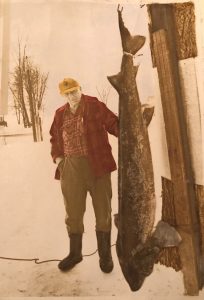 From Hilbert (Lake Winnebago area) one of the old timers. He carves coaxers (fish decoys).  He has several styles, his standard 12″ sturgeon and you will know it by the grain of the wood (sumac) stands out in contrast to the white, green, yellow or red paint jobs. He used faceted glass beads for eyes and side decoration. He normally uses 3 fish at a time to attract sturgeon.

To whom it may concern,

My name is Josh Preissner and I live in Neenah Wisconsin. I noticed that you had pictures of Arno Lau decoys on your website. Uncle Arnie is a great uncle on my fathers side. It amazes me that to this day men still use his decoys out on Lake Winnebago almost 30 years after his death. My childhood was filled with stories of Uncle Arnie, and I saw him as the Fred Bear of sturgeon spearing.

He had speared in the same spot for 50 years sitting in his shack from dawn to dusk without a radio, just focusing on the hole. His decoys are slowly disappearing, or falling into disrepair.  I have one of his decoys hanging in my basement that I am very proud of. A few years ago an idea presented itself to me in of all places a tavern. I was sitting at the Fishtail Inn just outside of Calumet County Park on the east side of Lake Winnebago with my father the Friday before 2018’s season. I heard a few older gentleman talking about spearing and I heard them bring up Uncle Arnie’s name. They were saying that it is harder and harder to find Arnie’s Decoys, and they no longer used the “antique” Arnie Lau decoys as they were afraid of dropping them down the hole.

I too had worried about using his decoys when I speared because they were a family heirloom.

I turned to my father and said “Dad I think I’m going to make replicas of Uncle Arnie’s decoys.” He smiled and said “go for it I know people will buy them!” My interest though was not about making money from his idea of a decoy. I didn’t want Uncle Arnie to be forgotten. I wanted his legacy to live on to my generation and generations to come and what better way than through his decoys. Many times stories and people are forgotten through generations because the generation after them will not pick up the torch and carry on their story. I started making decoys that weekend in my little shop at home and have been making them ever since. They are hand carved and hand painted decoys made from Sumac that look like something from a bygone era. My goal last year was to make 20 decoys sell 10 to recoup the cost of supplies, and give away the other half. I actually made 25 gave away 15 and sold 10, and just the stories and smiles on the people’s faces were all worth it. Some talked of Arnie and his decoys and some were just excited to try them out. It is an absolute joy to carry on his legacy and more then anything I enjoy respecting him by making replicas of his decoys. Thank you for helping keep his legacy alive! Our family truly appreciates it.

Some other of Arno’s decoys 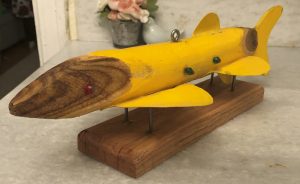 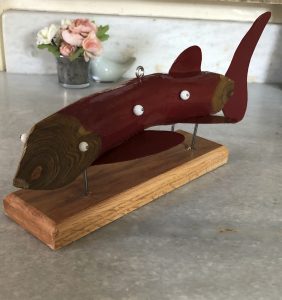 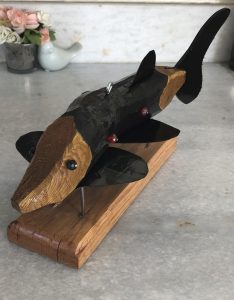